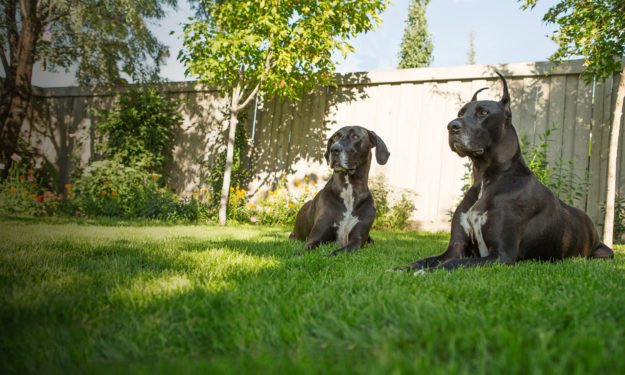 About severe elbow arthritis in dogs

Osteoarthritis from coronoid disease and other forms of elbow dysplasia may result in complete loss of cartilage on the weight-bearing surfaces of the medial joint structures resulting in what veterinarians call Medial Compartment Disease (MCD). This is the “end stage” form of elbow dysplasia where the inside part of the joint collapses with eventual grinding of bone on bone. Interestingly and importantly, the larger lateral (outside) part of the elbow joint appears normal in the vast majority of patients.  Medial compartment disease can be diagnosed in dogs as young as 6 months of age or may become apparent in any age after that. Severe elbow arthritis. The pink area is exposed bone where the cartilage has been worn away

How can medial compartment disease be treated?

Options such as oral medications, joint injections, and physical therapy may be beneficial in some cases for at least a period of time and should be discussed with your veterinarian. When surgical treatment is deemed necessary, as is often the case, the Canine Unicompartmental Elbow (CUE) is a safe and effective option to consider. The CUE was developed by Dr. Schulz (Peak) and Dr. Cook (University of Missouri) with the Arthrex corporation. It was developed as a treatment for MCD for dogs in which arthroscopic treatment and the nonsurgical options are no longer successful. By focusing on the specific area of disease (the medial compartment), the CUE implant provides a less invasive, bone-sparing option for resurfacing the bone-on-bone medial compartment while preserving the dog’s own “good” cartilage in the lateral compartment. This medial resurfacing procedure reduces or eliminates the pain and lameness that was caused by the bone-on-bone grinding.

Is the CUE a major surgery? This implant is made of polyethylene and titanium and is placed in the lower bone (ulna) of the elbow joint. It articulates with the other implant resulting in a low friction pain free articulation for the elbow.

What can I expect after CUE surgery?

You will be sent home with antibiotics and pain-relieving medications for your dog. A bandage will be placed on the limb, which you will need to keep clean and dry. The bandage will be changed after one week and maintained for at least two weeks after surgery. Sutures will be removed approximately two weeks after the procedure. Your dog must be restricted to rest in a kennel or crate, with controlled leash walking only, for eight weeks after surgery. Follow-up examination and assessment of healing will be performed 8-10 weeks after the procedure, at which time rehabilitation exercises will be initiated to allow a progressive return to full activity levels by six months after surgery. Full athletic function is not expected until three to six months after surgery, at which time a final assessment will be performed.

Our client information sheet on the CUE can be downloaded here: Canine Unicompartmental Elbow Resurfacing (CUE)